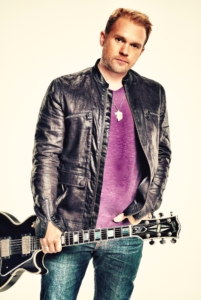 Kyle Jacobs moved to Nashville from Minneapolis, MN in 2000 and achieved his first significant success as a writer in 2003 with Kimberly Locke’s Top 10 AC single “8th World Wonder.”  In 2007 Kyle wrote what became the fastest rising single in the history of country music, Garth Brooks’ “More Than A Memory”, which debuted at #1 in R&R on 09/04/2007.  Kyle also co-wrote the Top 10 singles “Still” by Tim McGraw and “Dust” by Eli Young Band. He has also had multiple songs featured in the hit series, NASHVILLE. Currently, Kyle has written over 1600 songs and has currently accumulated 136 cuts along the way.

Kyle is also an accomplished producer with three #1 singles for Lee Brice, “Hard To Love”, “I Drive Your Truck”, and “Drinking Class”, and just finished producing Lee Brice’s latest album “Lee Brice” with the current single “Boy” rising up the charts…

In addition to his musical accomplishments, Kyle is also a star along side his wife, Kellie Pickler, on CMT’s hit reality series, “I Love Kellie Pickler”. In its 1st season the show broke long standing ratings records for CMT. It currently just finished airing its 3rd season and is still one of CMT’s highest rated shows.