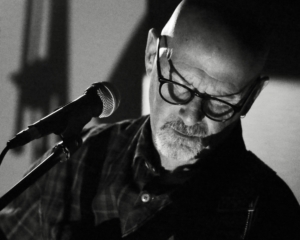 Billy Montana has achieved four #1 country records – Lee Brice’s “Hard To Love”(2012), Garth Brooks’ “More Than A Memory”(2007), Sara Evans’ “Suds In The Bucket” (2004) and Jo Dee Messina’s “Bring On The Rain” (2002). “Bring On The Rain” was nominated for awards by both the Recording Academy (Grammy) and the Country Music Association and reached Number 6 on the Adult Contemporary chart. It appeared on the Country and A/C Charts for a combined total of 66 weeks! “Suds In The Bucket” was the most played country song by a female artist of 2004 and “More Than A Memory” is the fastest rising single in the history of country music, debuting at #1 on both the Billboard and R & R charts. Montana’s song “What If I Was Willing” was featured on several of the 2013-14 episodes of the popular television series “Nashville.”
Montana was first inspired to pick up a guitar as a teenager in rural upstate New York by his musician father, and soon after, formed a country/rock band with his brother. After graduating with a degree in agriculture from Cornell University, Montana decided to try music full time and traded his dream of becoming a farmer for a record deal on Warner Brothers. His 1996 Magnatone Records release “No Yesterday” received great critical acclaim from USA Today, Music Row magazine, and Billboard magazine.
Many prominent artists have recorded Montana’s songs including Kenny Chesney, Martina McBride, Tim McGraw, Jason Aldean, Garth Brooks, Lee Brice, David Nail, Pat Green, Jo Dee Messina, Sara Evans, Blake Shelton, Trace Adkins, Eli Young Band, Kellie Pickler, Emmylou Harris, Vince Gill, Sister Hazel, Steve Holy, Kenny Rogers and Lee Ann Womack.